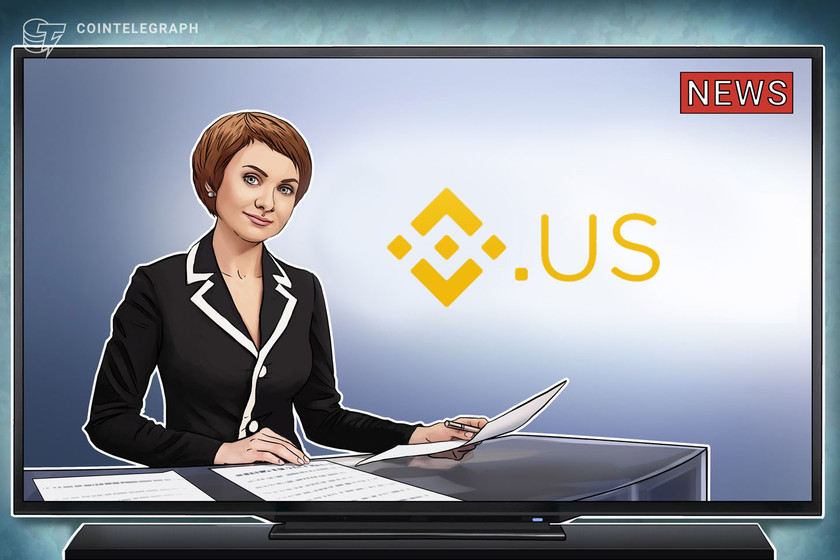 Crypto community in shock over Brian Brooks’ resignation from Binance.US

Changpeng Zhao said Brooks stepping down would not "impact Binance.US customers in any way." The cryptocurrency community has different thoughts.
After serving as the chief executive officer of major cryptocurrency exchange Binance.US for less than four months, Brian Brooks announced Friday he would be stepping down — a move that was greeted with confusion and suspicion from the crypto community.  Citing “differences over strategic direction,” the now-former CEO said he had already resigned his position at Binance’s U.S. arm. Brooks had been leading the crypto exchange since replacing former CEO Catherine Coley on May 1. Greetings #crypto community. Letting you all know that I have resigned as CEO of ⁦⁦⁦@BinanceUS⁩ . Despite differences over strategic direction, I wish my former colleagues much success. Exciting new things to come!— Brian Brooks (@BrianBrooksUS) August 6, 2021
Changpeng Zhao, the CEO of Binance — a separate entity from its U.S. arm — said Brooks stepping down would not “impact Binance.US customers in any way.” He explained: “I remain confident in Binance.US's business and its commitment to serve its customers and innovate [...] As one of the largest cryptocurrency exchanges in the United States, Binance.US is poised to continue to grow and empower the future of finance.” However, members of the outspoken crypto community speculated that Brooks’ decision to leave the firm was based on internal knowledge about issues surrounding the global Binance exchange, possibly from regulators or other market forces.  Brian Brooks knows something big https://t.co/lLhErXNBw4 — Ivan on Tech - Made with Moralis ‍ (@IvanOnTech) August 6, 2021
Others connected the timing of his departure to the regulatory backlash facing Binance, which has prompted the exchange to roll back or even cease operations in certain regions. Regulators in Japan, the United Kingdom, Germany and Canada have recently issued orders or warnings against Binance for various reasons.  BREAKING: Binance US CEO Brian Brooks announces his resignation after just a few short months amid ongoing scrutiny from dozens of regulators, and agencies. pic.twitter.com/00KbVka0sr — CryptoWhale (@CryptoWhale) August 6, 2021
Binance has faced scrutiny even in the United States, with the Department of Justice and Internal Revenue Service investigating the firm for alleged illegal trading activity. The exchange is reportedly the subject of an investigation by the Commodity Futures Trading Commission regarding alleged trades by U.S. customers. Related: Binance faces regulatory upheaval as lawmakers target ‘global’ exchanges Others speculated that Brooks’ departure may have been connected with his belief that the crypto exchange business is not profitable in the long run. Those comments were made in an interview with Forbes weeks before his resignation. Ex-Binance US CEO Brian Brooks: “An exchange is not a profitable long term business.” SBF: “….?” pic.twitter.com/xsd9kAJNDz — Alan (@AlanStacked) August 6, 2021
The general takeaway from that interview, according to Forbes writer Javier Paz, was the “inevitable clash of direction” at Binance.US, likely between Brooks and the board of directors. According to one Twitter user, “It must be awful working against your moral compass.” The exclusive interview that Brian Brooks gave my colleague @Steven_Ehrlich a few days ago unveiled an inevitable clash of direction for @BinanceUS. The story here quoted by the illustrious @FT https://t.co/Qv9hBuuvG5 — Javier Paz (@eltrade) August 7, 2021
Not surprised. It must be awful working against your moral compass. You deserve better. Maybe it’s time to start your own crypto business and apply your integrity to the fullest. Wish you all the best in your future endeavours.— CONSENSUS (@EnableConsensus) August 6, 2021
Some users reminded that Brooks’ desire to pursue a “strong compliance program” had the full backing of the board just a few months ago: Brian Brooks in May: “I wouldn’t have taken this job if I didn’t have a strong commitment from the board to lead a strong compliance program”https://t.co/kL7xy6HK8B — Blockworks (@Blockworks_) August 6, 2021
The general mood on Crypto Twitter was that the resignation was “very strange,” especially given all the excitement surrounding Brooks’ hiring just a few months earlier. Very strange… https://t.co/dzoWctdyS9 — antonio cantalapiedra asensio (@tonikant) August 7, 2021
Something isn’t right at binance Cathrine Coley doesn’t even tweet anymore at all. Brian brooks rolled out They blocked me. Yeah..Rug Pull in coming.— Dxron - I Steal Whale Money. (@Dxron2) August 7, 2021
#Binance U.S. CEO Brian Brooks resigns!❌ Read NOW! https://t.co/3Drrbn2YXa pic.twitter.com/JtbIHenjf8 — Investing.com (@Investingcom) August 6, 2021
At the time of writing, Brooks has yet to disclose his career plans. Before joining Binance.US, he served in several high-profile roles at Coinbase and the United States Office of the Comptroller of the Currency.  Related: Binance to restrict derivatives trading for Hong Kong users With additional reporting from Turner Wright.